July 8, 2020 — Frogger will once again be his way across dangerous highways along side Mrs. Pac Man chomping on glowing orbs as Dunesday Gaming reopens their doors again.

“There were some days when we thought, ‘Wow, we may not be able to reopen.’ But optimism won out, and we’re going to try it and give it our best shot,” Brooke Kosten said. “That’s what this has always been for us.”

Kosten, along with her husband Brian, opened Dunesday Gaming in 2019 and filled its small space with a variety of classic arcade games, console games, basketball, foosball and Virtual Reality (VR) to the delight of gamers young and old in the Siuslaw region.

But after a lengthy shutdown, things will be slightly different for gamers. Reservations of two-hour periods will be required for groups of up to 10 people. If groups are double booked, they will be split into two different sections in the arcade that they will rotate.

“It’s not the same way people are used to experiencing this place,” Kosten said. “But I think what people will find is that once we get them here, it’s totally fine. We’re still getting to do all of the things. Indoor entertainment is something this community really needs.”

With a background in healthcare, Kosten said she understands and supports the measures needed to be taken to protect gamers who walk in the door.

“Everything is just a little bit more structured than it used to be, for good reason,” she said. “It’s just hoping that people can get used to that, coming back in and having fun in a way that’s safe and responsible and getting back to normal as much as we can.”

And by doing so, Kosten hopes the community will get back to a semblance of normalcy that is desperately needed. 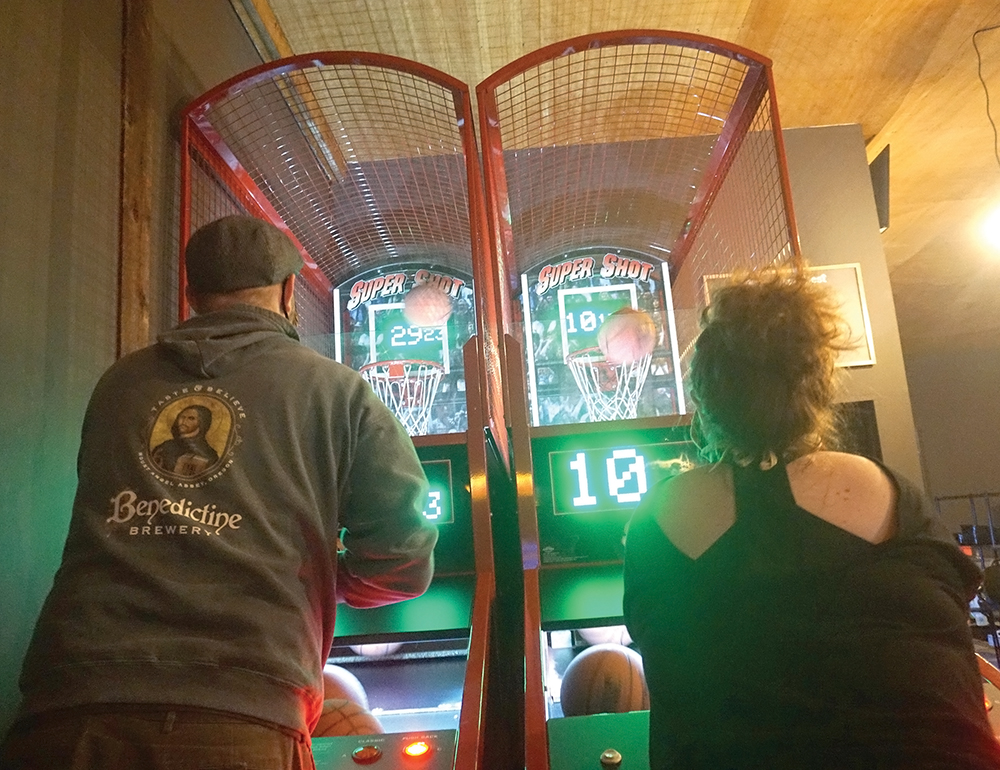 “We want people to be able to get out and have fun again because that return to normalcy that’s making everybody crazy,” Kosten said. “They just want their normal lives back, which is a total human thing. Indoor entertainment is something this community really needs.”

The shutdown came at one of the worst times for Dunesday, which had its grand opening in late 2019.

“We really hadn’t reached any normalcy yet with the business yet to be able to forecast volumes,” Kosten said. “We were open so many hours, and Brian and I both worked for free, we were just information gathering. Figuring out when people come in, what the hours actually need to be. We wanted to see what summer hours will look like.”

Whatever money they were making was going back into the business, including the addition of VR and amenities.

“We were in the investment phase of the business, hoping that over the summer, we would get to the point where we would put some funds in the bank to get through winter, however that looked,” said Kosten.

But then the pandemic hit.

“It’s been stressful for all the business in town, so I try not to moan,” Kosten said. “We’re not unique.”

It was a little bit depressing with everything turned off. I think the whole town was like this. You look inside a window, the chairs are up on the tables and it’s dark. We’ve definitely been feeling that. We’ve been coming in two or three times a week and it was just quiet and dark. You really need people in this place for it to come to life.”

And the town needed to come back to life. As a licensed nurse practitioner, Kosten was supportive of the measures that needed to be taken to prepare for the pandemic.

“And Brian is a cancer survivor with one lung,” Kosten said. “There’s always going to be some vulnerability there. This is truly a family run business. My two employees are my son and my sister. Honestly, if one of us were to get sick, we’re shutting down. We don’t have a backup staffing plan.”

But the metal health of the community is also important.

“This is where you have to find that line to walk,” Kosten said. “We’re social creatures. That’s a core belief for us, we opened a social gaming center. We firmly believe people are social and we need to get out and see each other. Keeping people too isolated is a huge negative culturally as well. How do you find that balance?”

Especially in an arcade, where the business model calls for large crowds of strangers commingling in tight spaces. 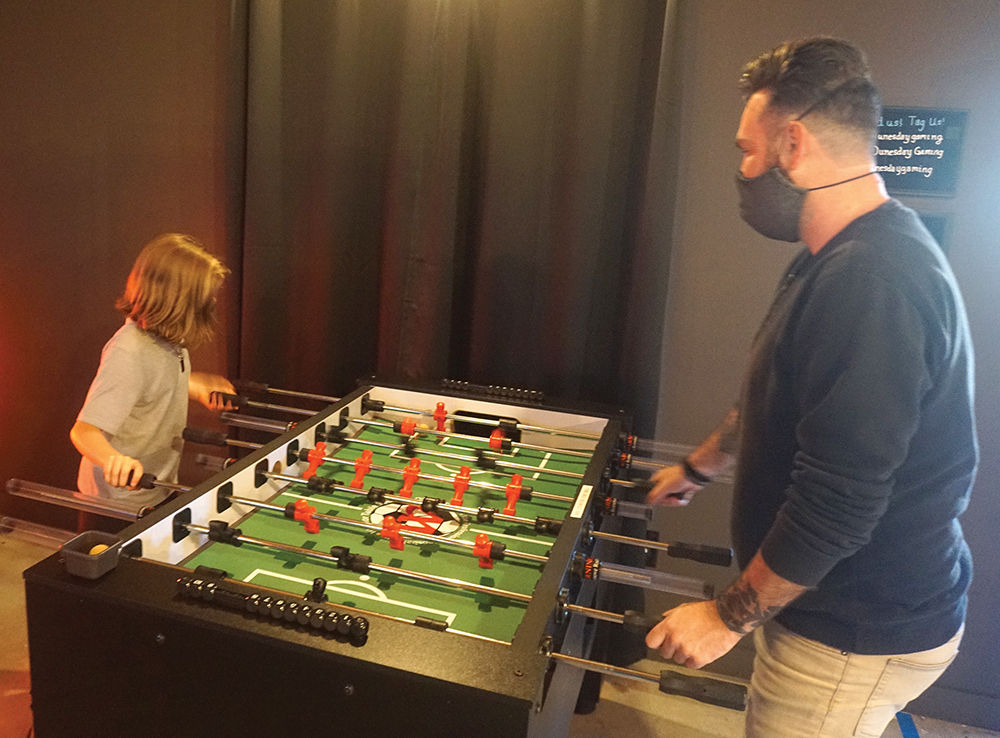 “We’re in some arcade forums and stuff, and there’s people going ‘I don’t know if I can come out of this’ because of the nature of this type of business,’” Kosten said. “It’s just high touch. In order for it to be profitable, you need a certain amount of volume. Low capacity doesn’t work super well.”

Some larger arcades are able to rework their spaces so that they can have six feet between games. The casino can turn off every other machine to ensure that distancing is enforced.

“For us, it would have to be every third machine,” Kosten said. “And we’re so small, that would leave eight arcade games. We’ve been thinking about this since we were closed, what the parameters would be. We looked at multiple things like putting plexi between the machines. But that’s just costly for us. And you still run into the thing where our aisles run into social distancing issues.”

Dunesday had to rethink the entire way an arcade does business. They looked at the restaurant model, where the business caters to groups instead of roaming individuals. Instead of groups of people clustering at the counter for snacks, groups will have a dedicated employee to help serve them, as well as the usual services Dunesday provides — Training in VR, recommendations on the best games, etc. Kosten wants to make gamers feel special, free from the worries of uncertain times.

“The social distancing piece is new for everyone,” Kosten said. “We think we’ve come up with a system where people don’t have to worry about. You go about your day, doing your errands, and you have to keep reminding yourself, ‘Oh, am I too close to that person?’ It’s a new habit and a stressor. All the more reason to come out, have fun and relax with the people you’ve chosen to socialize with, in a way that you know people are looking out for you.