It's not just the bees: Plight of the Pollinators Part II

Wasps, flies, butterflies and, surprisingly, bats are essential to the process

March 3, 2018 — The term “pest” is frequently applied unknowingly to a group of insects that are underappreciated and extremely critical to human existence — pollinators. Pollinators move pollen from the male part of a flower, the anther, to the female part of the flower, the stigma.

This process, known as cross-pollination, results in the fertilization of the flower, allowing the plant to grow and produce food.

Bees, wasps, ants, flies, mosquitoes, butterflies, moths and beetles are the most common pollinators and their efforts make possible the growth of approximately 70 percent of the fruits and vegetables that humans eat, according to the U.S. Department of Agriculture (USDA).

The need for cross-pollination continues to grow as agricultural demands increase, partially as a result of the desire for year-round availability of crops that were once only available seasonally.

Perhaps most damaging is the widespread use of pesticides to control wildflowers and weed growth in agricultural areas. This has the dual impact of poisoning the insects and destroying the uncultivated grasses, shrubs, and trees where the insects live.

One of the major challenges facing the agricultural sector is the decrease of available pollinators, which are essential to the process,  mostly due to parasite infestation and pesticide application.

The USDA reports that there has been a decline from around 6 million beehives, just after World War II, to approximately 2.5 million hives in 2010.

This decrease has led to the mass movement of hundreds of thousand of hives each year, often over long distances, to meet the demand for seasonally critical pollination.

The reduction in the number of beehives is not the only challenge to farmers, as there are numerous other dangers to pollinators.

Many of these challenges are the result of over use of pesticides and the destruction of pollinator habitats.

Andony Melathopoulos, an Assistant Professor at Oregon State University (OSU), works in the Department of Horticulture and conducts research on Pollinator Health.

He believes honeybee and other pollinator populations are in less danger here in Oregon than in other geographical regions of the country due to the longer growing season and the wide variety of crops grown in the state.

“Oregon is not the Midwest; we grow over 200 different crops, leading to fairly heterogeneous land use which encourages biodiversity,” Melathopoulos said. “However, it is true that pollinators in general are facing pressures and the causes of these are associated with losing habitat. Habitat, of course, means having the right kinds of flowers blooming across the landscape at the time when a particular bee species is active.

“In Oregon, many of these flowers are actually cultivated — think of blooming clover or radish fields.”

He said that improper pesticide use applies “deadly pressure” to pollinator populations.

“This last pressure can really be dealt with by providing pesticide applicators with robust education,” Melathopoulos said. 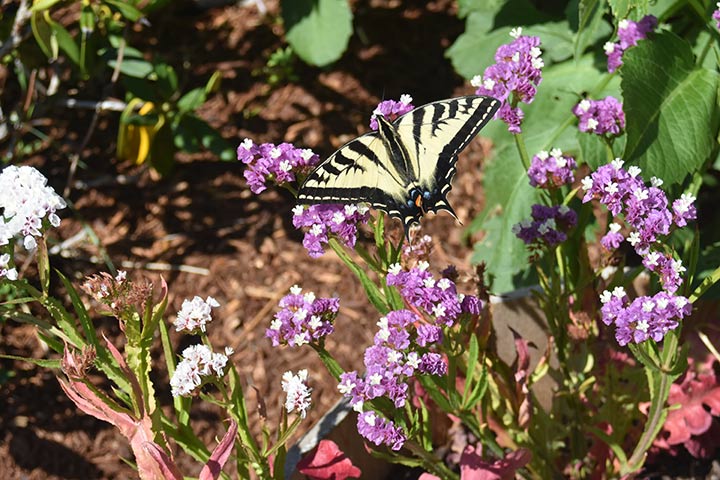 The widespread application of aerial pesticides is also cited by the USDA and the Environmental Protection Agency (EPA) as a major contributing factor, across the country, in the overall decline of pollinators.

In a report issued in January 2017, the EPA provided a comprehensive assessment of the dozens of pesticides currently in use that endanger or kill pollinators many of which are applied repeatedly in a particular area, making it impossible for the insects to recover.

According to Melathopoulos, the program is designed to achieve positive results in the effort to save all types of pollinators.

“OSU is working in partnership with them on an innovative, new state-wide strategy for pollinator health, the Oregon Bee Project,” Melathopoulos said. “We are criss-crossing the state, looking for innovative land managers who are already building pollinator habitat into their landscapes. We want others to learn from these innovators and to highlight their efforts.”

Moreover, while there is general awareness of the agricultural importance of bees, there is less public understanding of the role other species play in the process of pollination.

Wasps and hornets are often considered dangerous and frequently killed on sight. This is unfortunate as these stinging insects contribute to the pollination of many plant species.

Butterflies and moths, while often beautiful, also pollinate the flowers they visit during the day. Their beauty generally safeguards the insects from the lethal animosity that is directed at hornets and wasps, but, again, pesticides kill millions of the insects each year.

Flies also move genetic materials from male to female plants with little or no appreciation for the pollination they accomplish. These unpleasant creatures are often killed without any thought to the good they do in natural processes.

Plants and flowers bloom at different times of the year and at differing times of the day, but some bloom exclusively at night. These plants still need to be cross-pollinated, and the dark and the colder environs where they habitate limit the creatures that can provide the needed genetic transfer.

Bats are one of the few pollinators that operate during the nighttime. Often, thousands of the mammals work in complete darkness, moving pollen from one plant to another.

Bats are also the primary pollinator of a plant that has a worldwide following, the agave. Tequila is made from the agave and demand for the plant has soared over the past 10 years, affording a new level of protection for bats who provide pollination.

This is good news, as the value of the agave has led to a raised awareness about the role played by bats, dramatically reducing the poisoning and shooting that has often occurred in the forests and caves where bats live.

In addition, the federal government has recognized that the serious dangers facing pollinators must be addressed. Thus began the Conservation Reserve Program.

In exchange for a yearly rental payment, farmers enrolled in the program agree to remove environmentally sensitive land from production and grow plant species that will improve environmental factors that impact pollinators.

In a statement released in May 2016, then Secretary of Agriculture Tom Vilsack summerized the success the program has achieved.

“The Conservation Research Program provides nearly $2 billion annually to land owners, dollars that make their way into local economies to support small businesses and create jobs. When these direct benefits are taken together with the resulting economic activities, the benefits related to the program are estimated at $3.1 billion annually,” Vilsack said.

The conservation program does have some limitations, as there is a cap of 24 million acres set aside annually, limiting the number of farmers that can participate in the program.

And while there are federal and state programs intended to address the many issues impacting pollinators, Anne Schatz, a member of the Central Coast Beekeepers Association, suggests the public can do a few simple things to assist in the effort to save these important creatures.

“Avoid using pesticides in your landscape, particularly for ornamental plants. For every problem, there are options and many of those options don't require chemicals,” Schatz said. “If you need a plant for a particular function, such as shade, windbreak, erosion control, lawn alternative, etc., choose a plant that supports pollinators.”

Schatz directed people to the Central Coast Beekeepers website, where there is an extensive list of common landscape plants and how they rate on nectar and pollen.

“The list is limited to only good to excellent sources, and the rating scheme lets you pick the best plants (for bees) that meet your needs,” Schatz said. “This list is tailored to honeybees, but will also support the majority of other pollinators.”

Bees need a density of blooms to be attracted to plants, so Schatz recommended a one-foot diameter patch, which is more attractive to many insects than something smaller. Shrubs and trees will also provide a density of blooms with a smaller footprint.

While the problems facing pollinators remain critical, it is encouraging to farmers and beekeepers to see the increasing awareness and willingness of people to actively participate in solutions to ameliorate the problem.

In an attempt to educate and assist in this important task, the Florence Garden Club has links to, and information from, numerous websites that can provide additional information to individuals interested in doing more to help preserve pollinators. 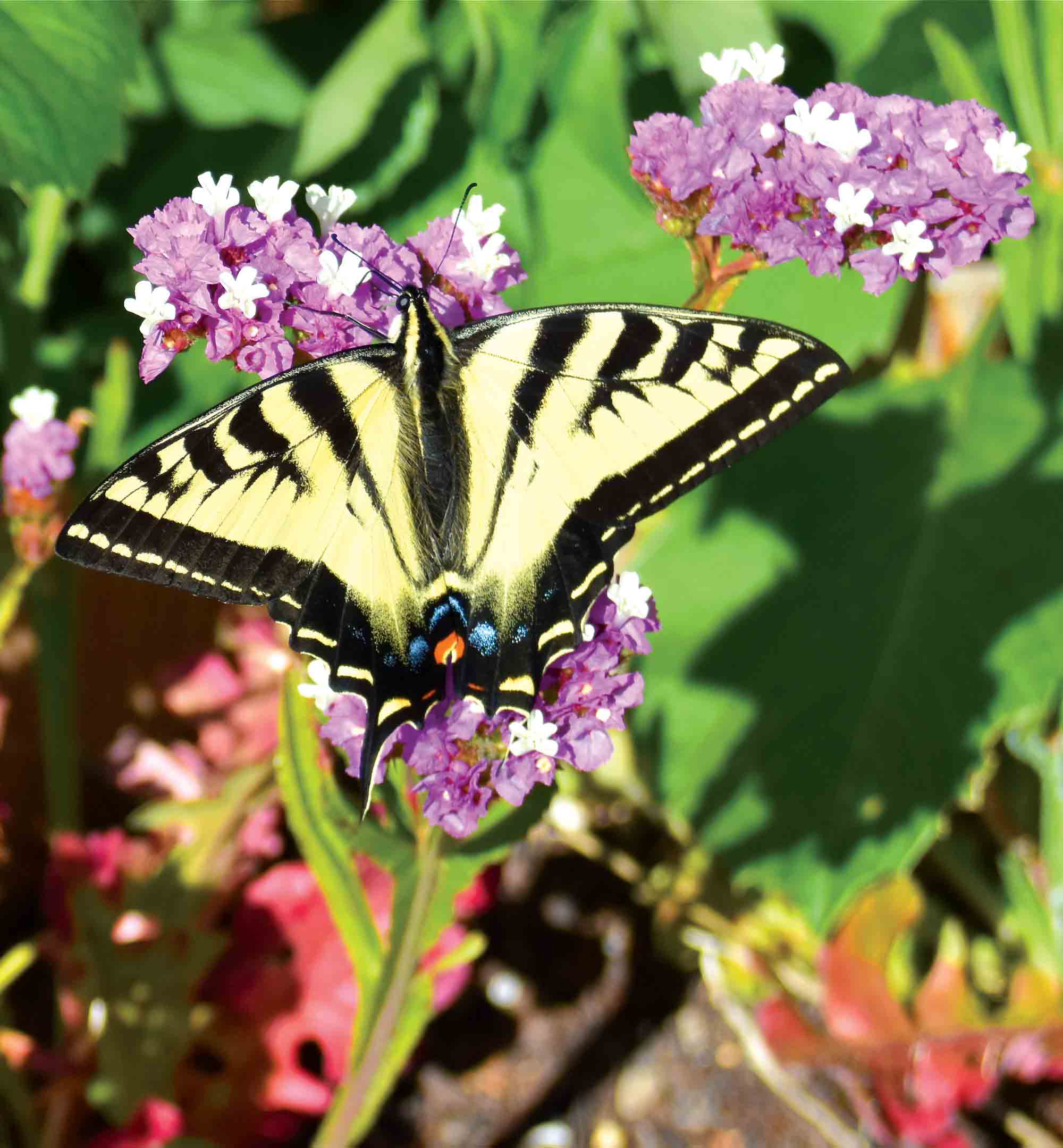 ‘Do we really want to be a city?’ Parts I and II

SOS - Is coastal living in jeopardy? Part I

Beyond labels — Part I